As partly described in my previous entry about the nude models and their mini obsession with being photographed naked in front of a classically-decorated hippie VW bus in the middle of the desolate Utah desert, this is the rest of the story of my road trip with 2 nude models.

What originally was a large group photo event that included as many as 5-6 photographers and 5-6 models, the usual erosion rate whittled us down to a group of 5 (2 models, 3 photographers). The plan was to meet the other 2 photographers in Page, AZ before we boarded the houseboat. I took Lorayne, whom I've been lucky enough to work with on 3 other occasions over the past 3 years, and we were to pick up Skyler in Moab, UT as she wrapped up shooting with another photographer.

After picking up Skyler, we stopped off at Hole N the Rock (a 5000 sq. ft. home built into the mountain) and Wilson Arch, but shooting was slightly hampered by the road construction going on, which just happened to back up all traffic right in front of the roadside arch. We explored a little, and I managed to take a couple photos of Skyler obstructed from the cars below. 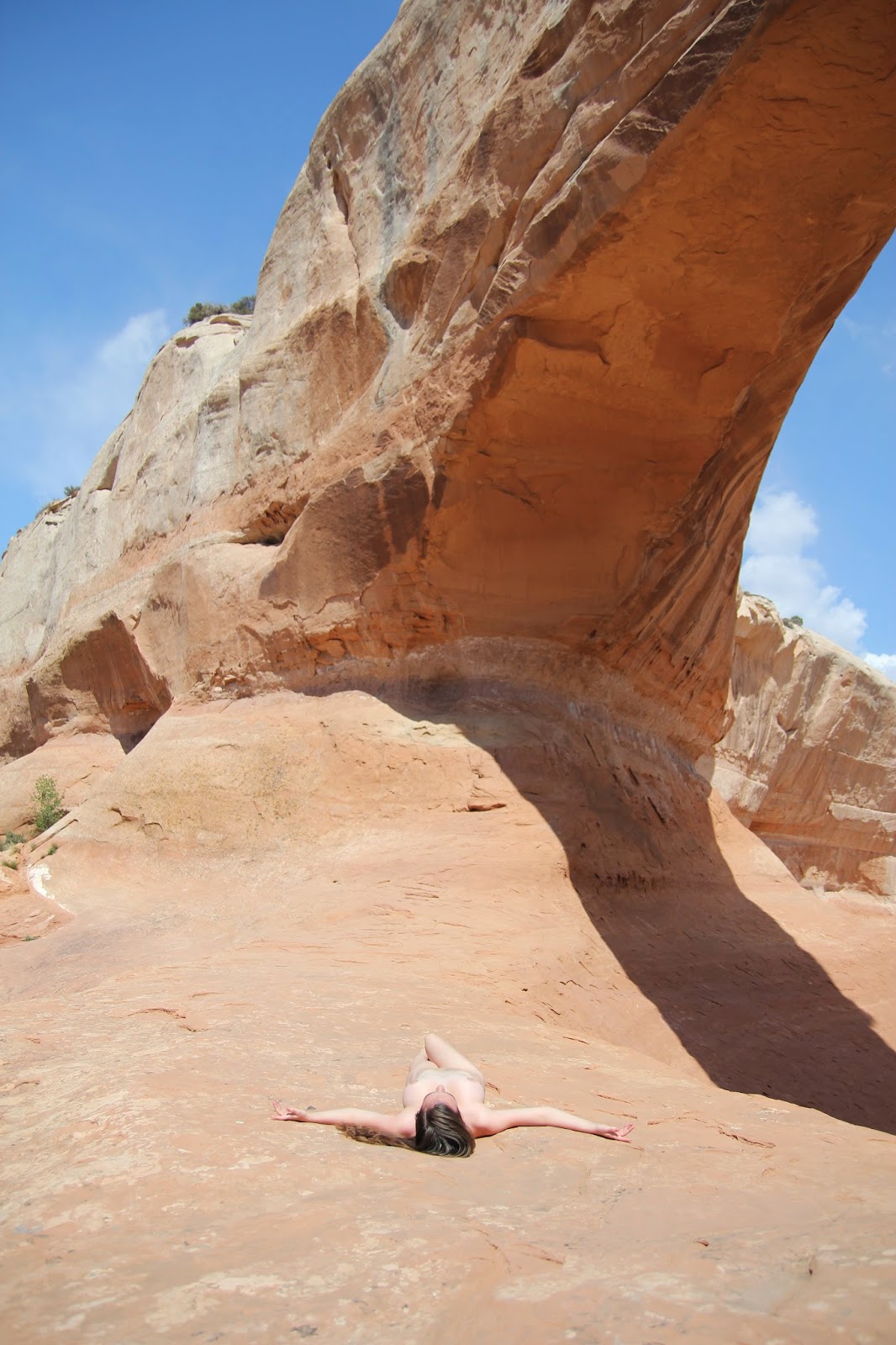 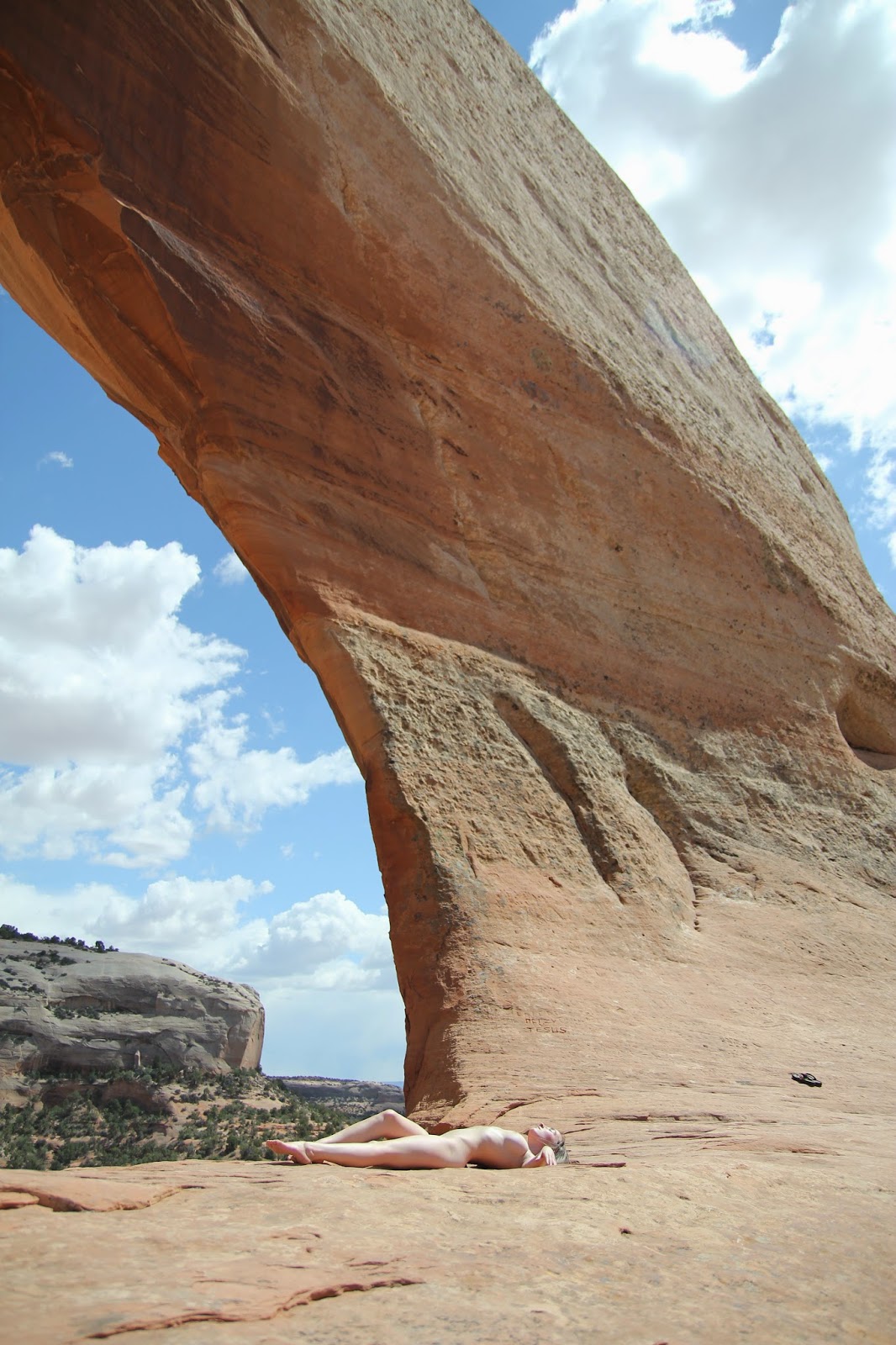 We eventually moved on to our night's stop in Blanding, UT. The name is an obvious one for jokes, so I don't need to say much else. But for dinner that night, we ventured next door to the hotel to Fattboyz Grillin for some BBQ. I'm pretty sure Elijah, our server, was checking out the ladies (can't blame him), but the place was so eerily quiet in there--like a library. Maybe someone on the Facebook page can give us some back story on that.

Anyway, the next morning, we left on our quest for fun, not to Wally World, but to Lake Powell. On the way, as a national park junkie, I took the girls to Natural Bridges National Monument for some sightseeing. That's where we first saw the VW bus!

We walked around, took some photos (including nudes - oh yeah!) and eventually left. Disappointed to not get a shot glass for my collection here, BTW! Since you can read all about the Valley of the Gods and the story of 2 girls from Colorado stripping completely in front of tourists at the link above, I'll just skip to the part I was looking most forward to on this trip - Monument Valley!

After some roadside pull-offs, I found what I thought to be the best spot to include the girls in photos of the iconic southwestern backdrop, which yielded these photos:

Aside from the guy sleeping in his car near where I pulled off the road, I don't think any other passers-by saw them scrambling over to the car to put clothes on between shots.

We headed out and made our way to Page, AZ in time for sunset at the infamous Horseshoe Bend: 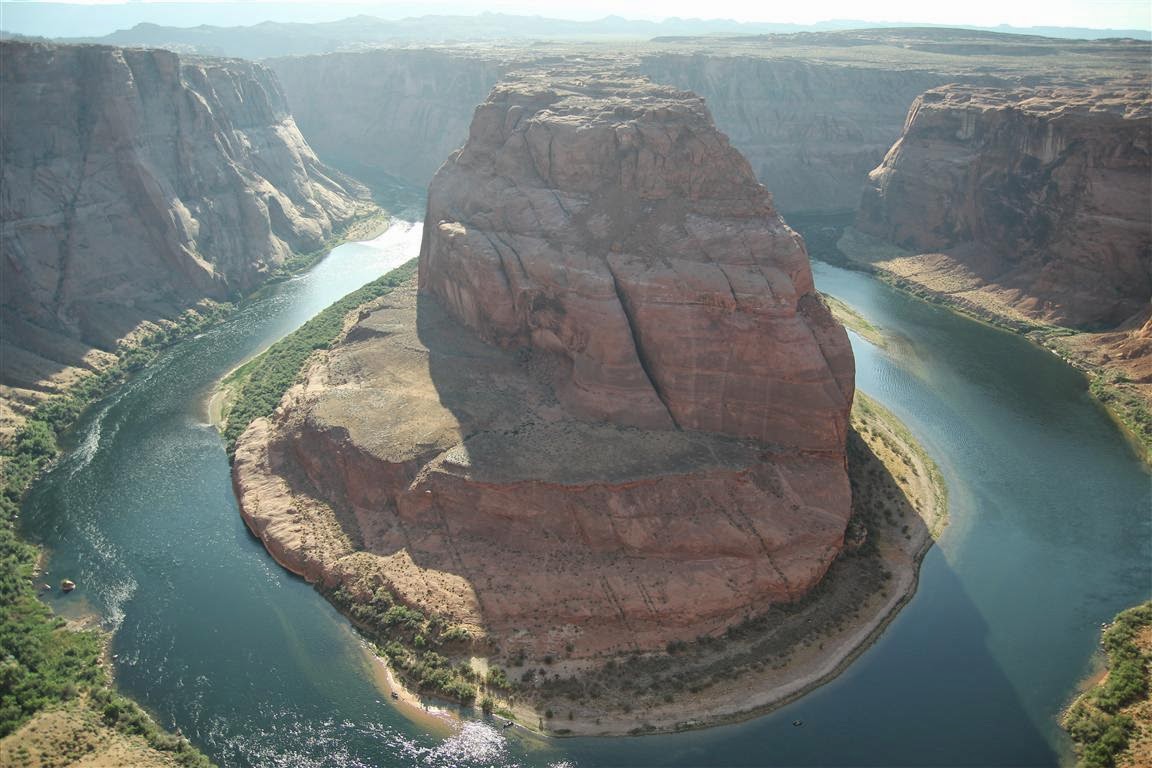 Then it was off to the houseboat! We met Lester and Mark, the other photographers, loaded our gear, and we were on our way for 3 fun-filled nights! The first afternoon, we headed to Rock Creek Bay and anchored for the night. We explored the area with the girls to squeeze in what we could before it got too dark:

However, when it did get dark, Mark took Skyler off to experiment on some light painting, so Lorayne and I wandered to the beach to find a spot to try some random images, and ended up with this ethereal shot, composed from a long shutter release and a flashlight:

The next morning, I managed a couple of landscape photos, too. The water was almost glassy in the morning: 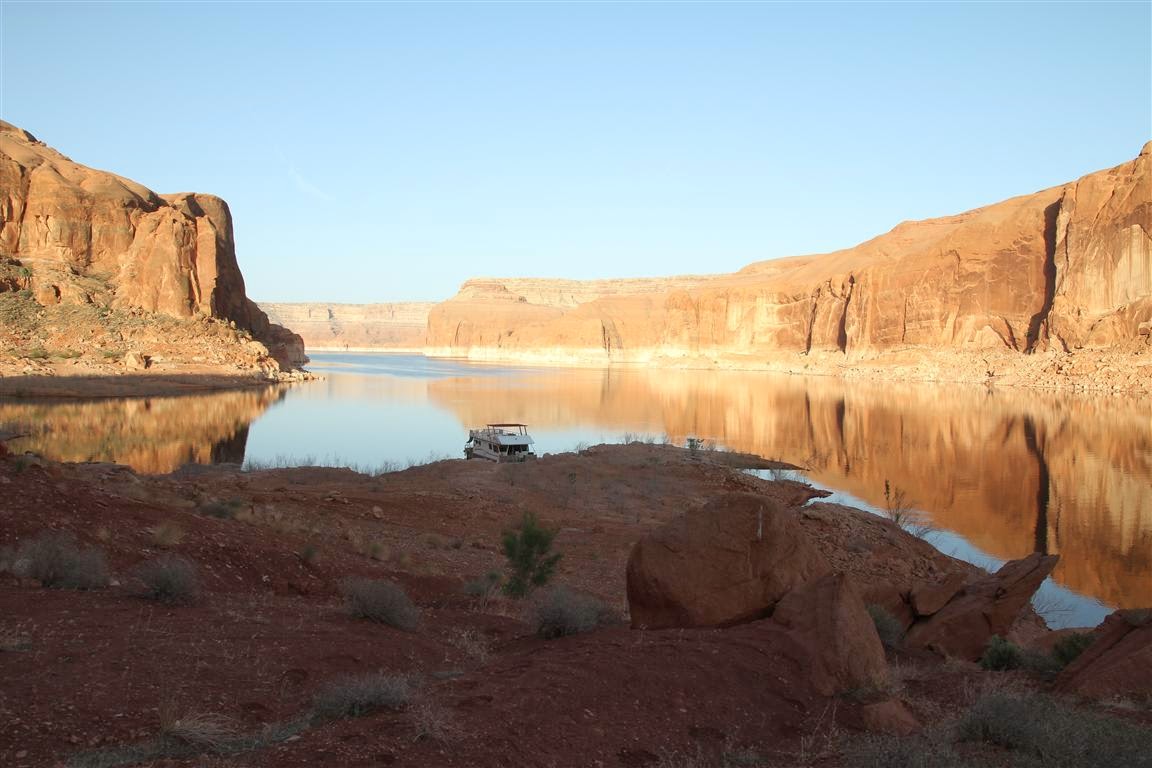 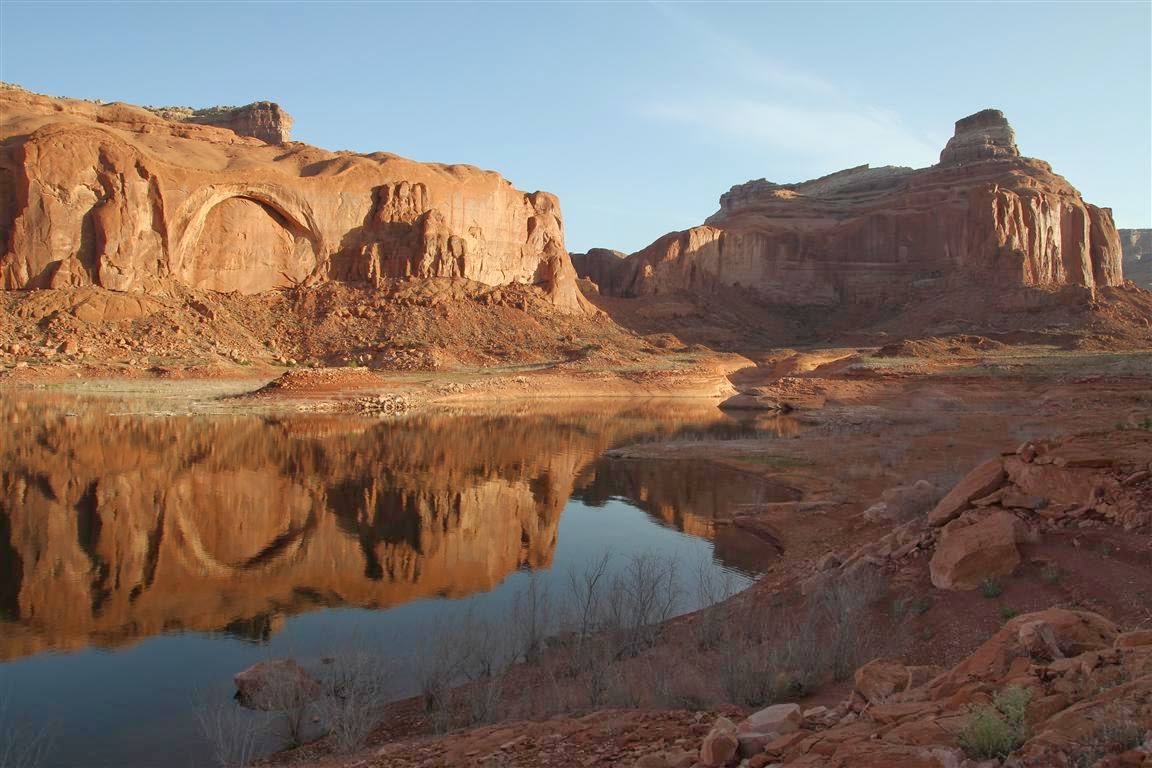 The next day, we motored further up the lake and anchored up in Oak Canyon, since it was near the Rainbow Bridge area, which we planned to visit the next morning.

Lorayne, Sky, and myself headed up towards what looked like little caves in the rocks and took a little respite from the heat. On the way, I snapped a few photos - our houseboat, and a flower and cactus: 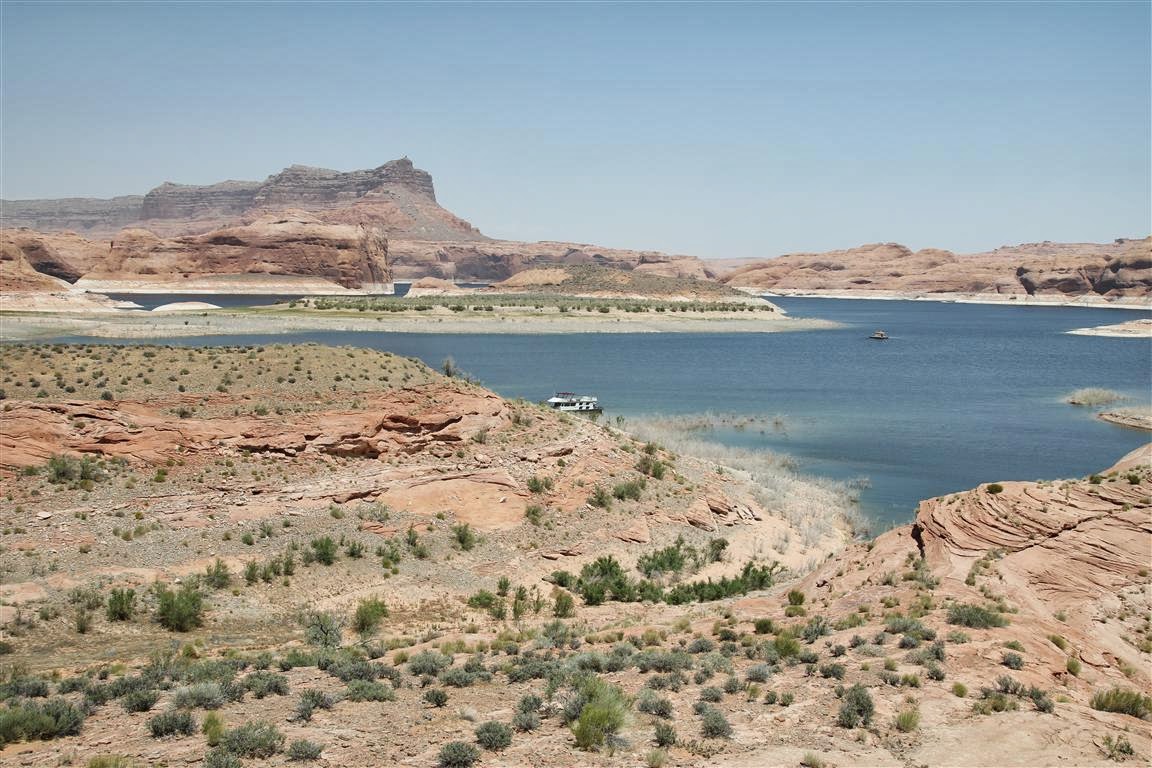 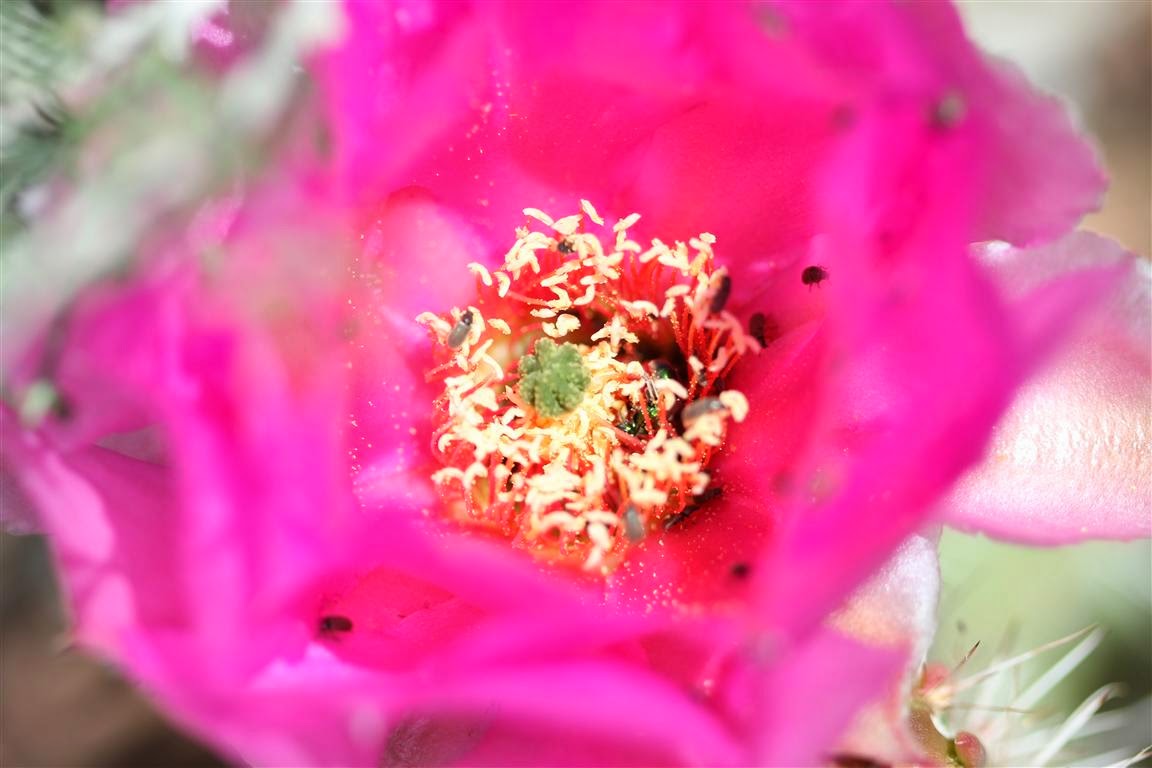 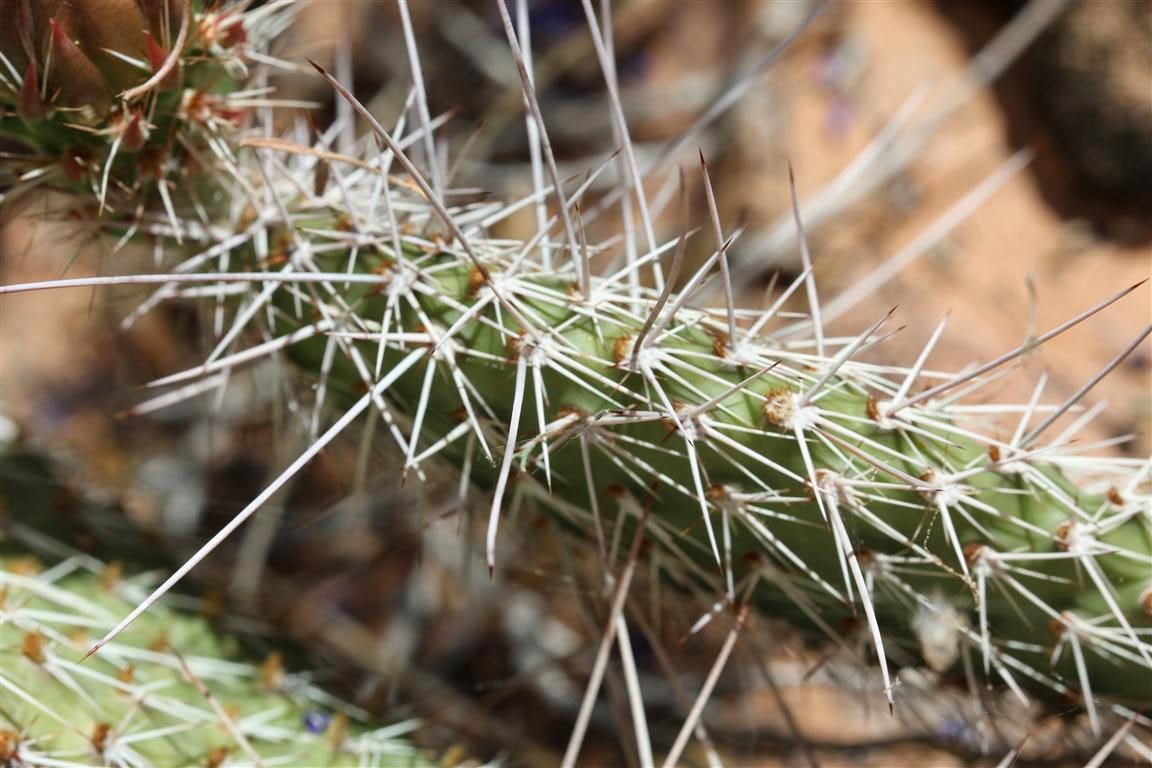 Lorayne ended up going swimming in the chilled water (I think it was around 60 degrees):

By the way, this is what a freezing model looks like (and yes, that's another houseboat in the distance, not ours): 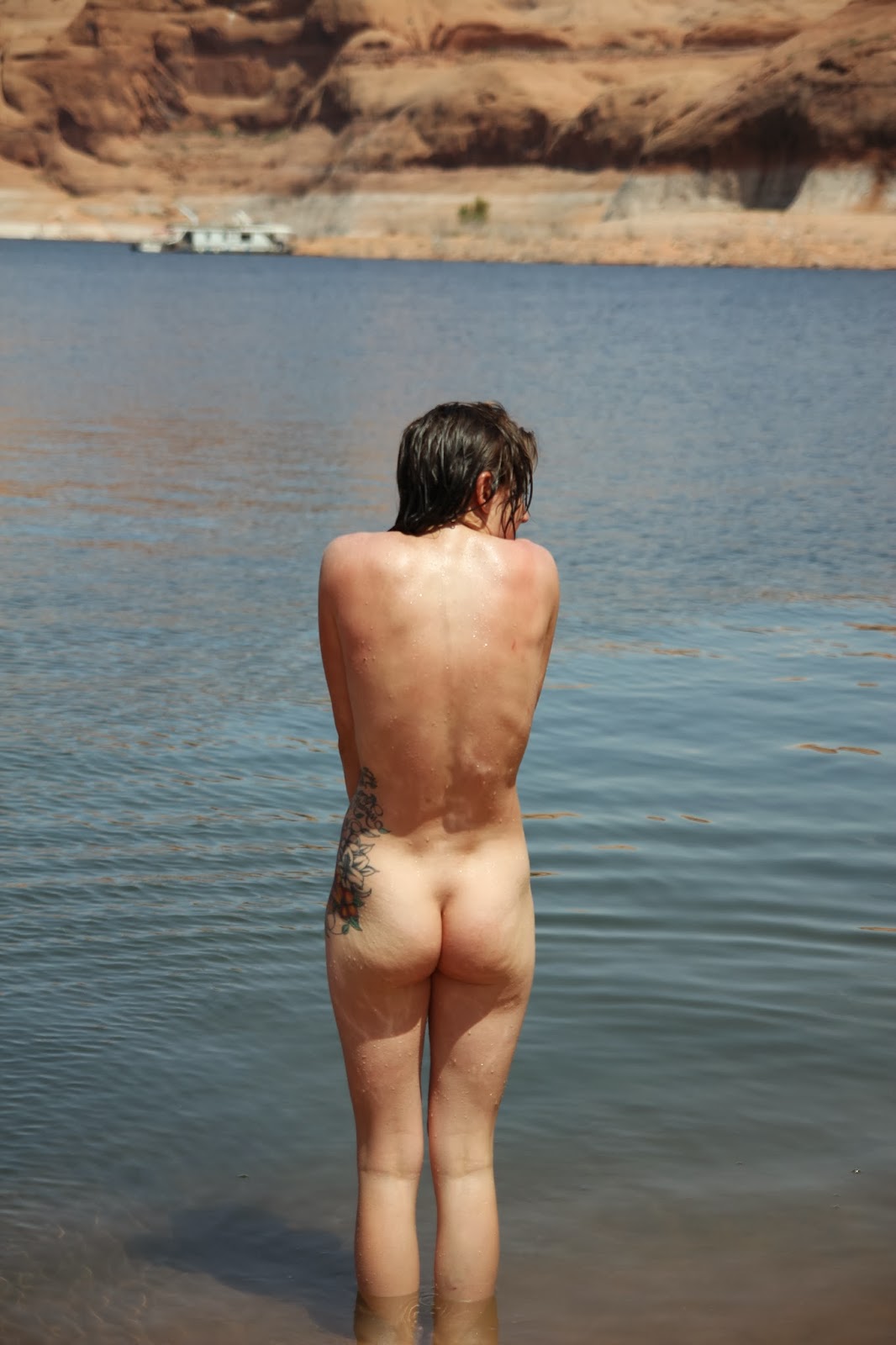 After we wandered around after shooting a little, we got back to the houseboat, where she decided to try the wedding dress shots we had talked about right before the trip. I probably shot about 100 images of her on the beach, then action shots of her wading into the water, splashing around, then walking out of the water. After all that, here's what we ended up with:

Before sunset, Lester, Mark, and Sky went off to go shoot, so Lorayne and I wandered off on a hike, not really expecting to shoot anything. We uncovered a very cool area and decided to try some shots. The sheer size of this cove is lost until you place a 5'8" nude model on the floor of it:

The next morning, we packed up and headed to Rainbow Bridge, which we were fortunate to get there before anyone else, including the tour boats and the ranger. In addition to some landscape shots, I got a nice little shot of Sky:

As we were leaving Rainbow Bridge, we greeted the park ranger, who had just arrived by boat. He asked us if we had been to the other side of Rainbow Bridge (which you're not supposed to go to because the trails are marked with signs asking people not to go there). I think it was a trick question. However, we said we hadn't, to which he replied he could take us there. We were tempted to take him up on it, because the light would have been better for photographing, but we decided to move on. We left the narrow canyon and headed to our last port of the night - the amazing Labyrinth Canyon! 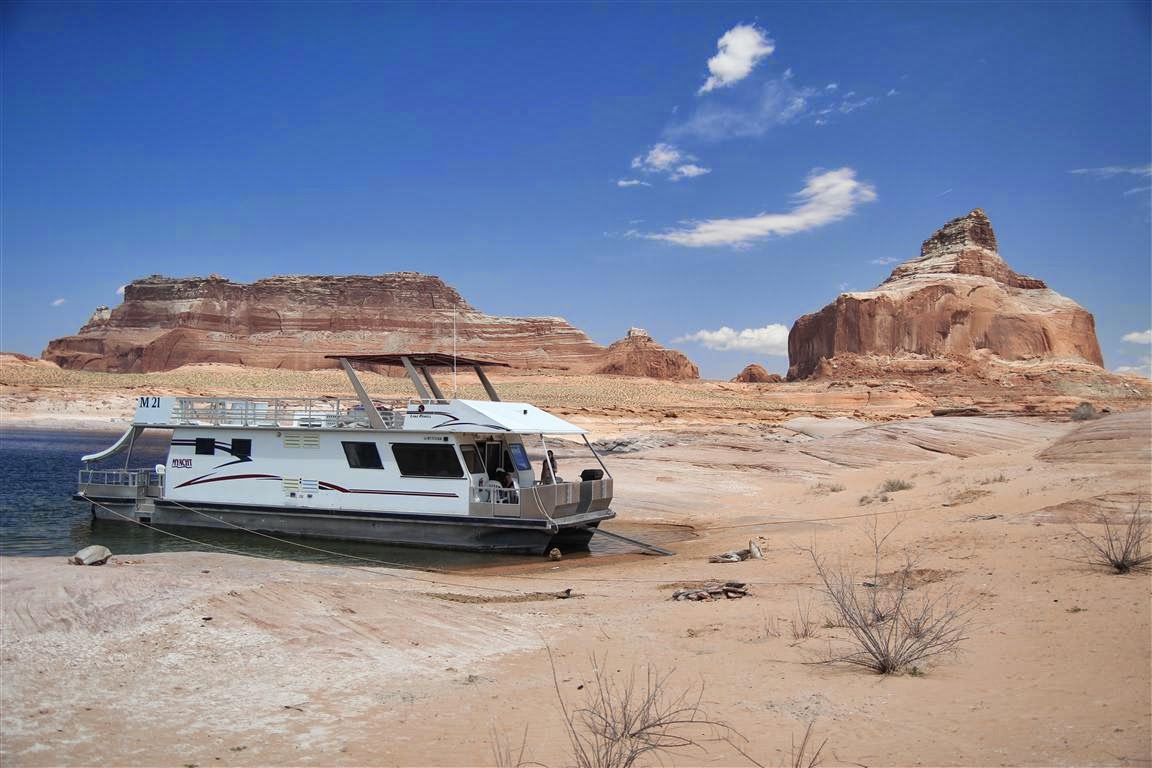 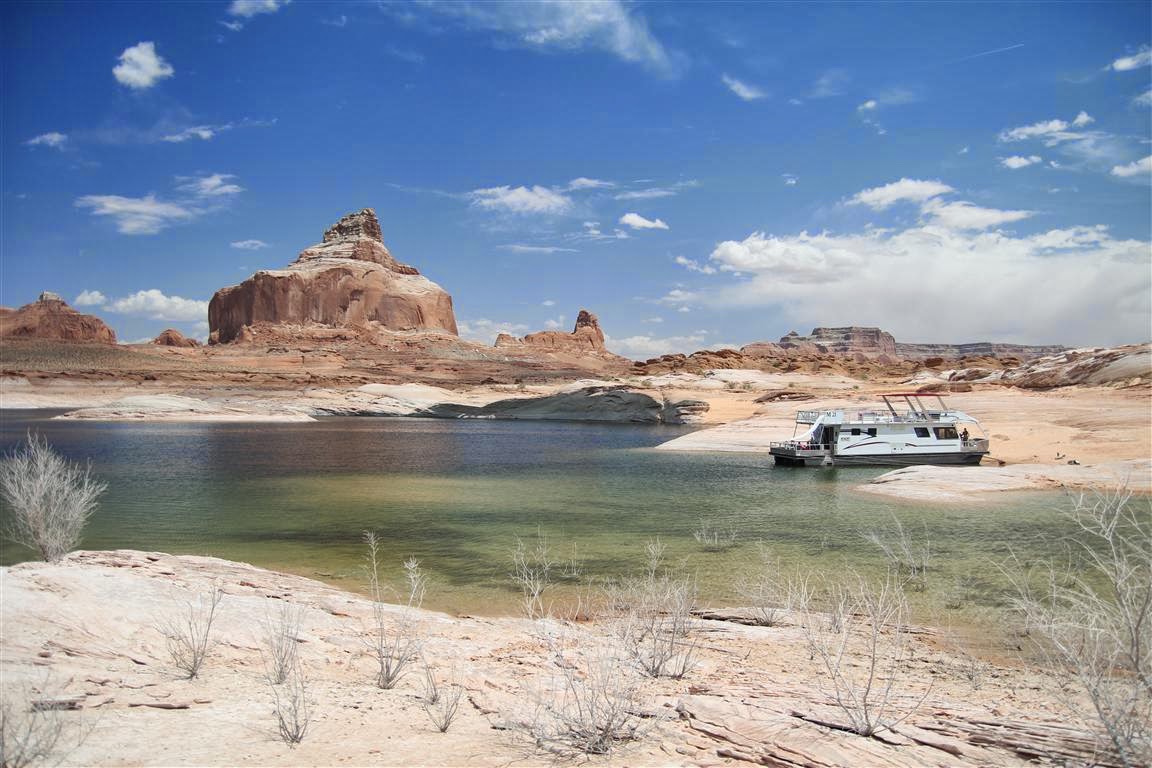 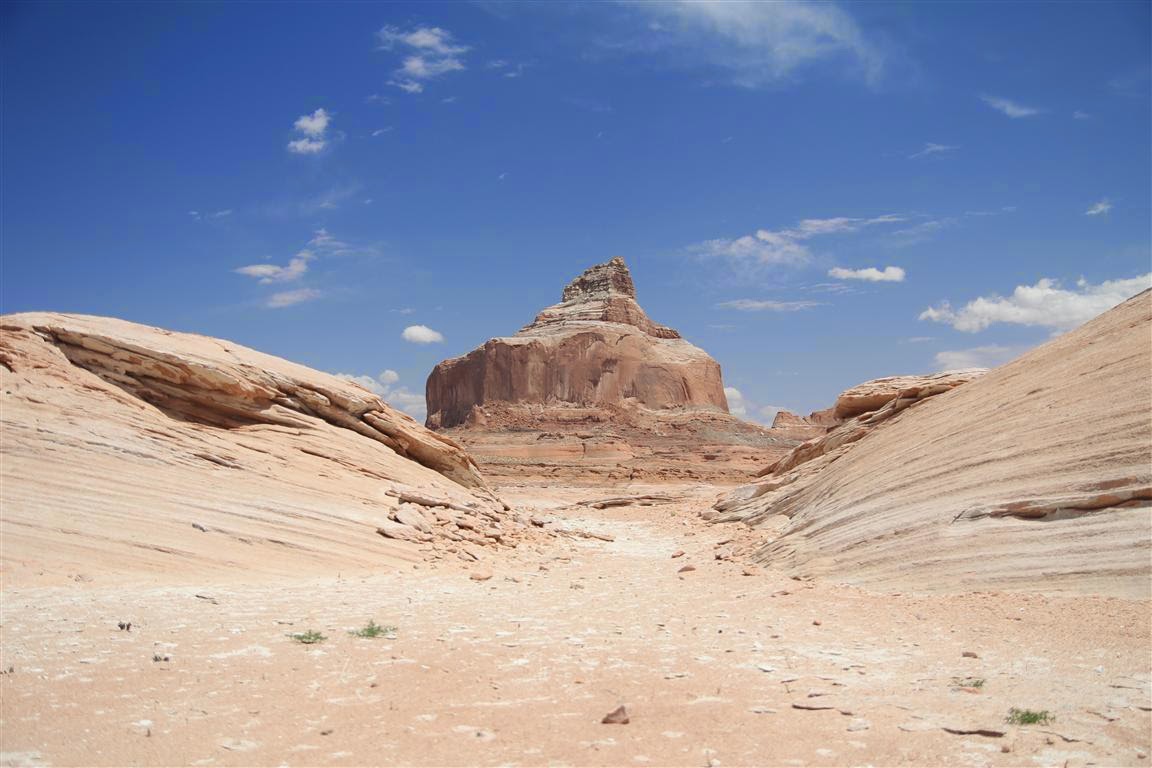 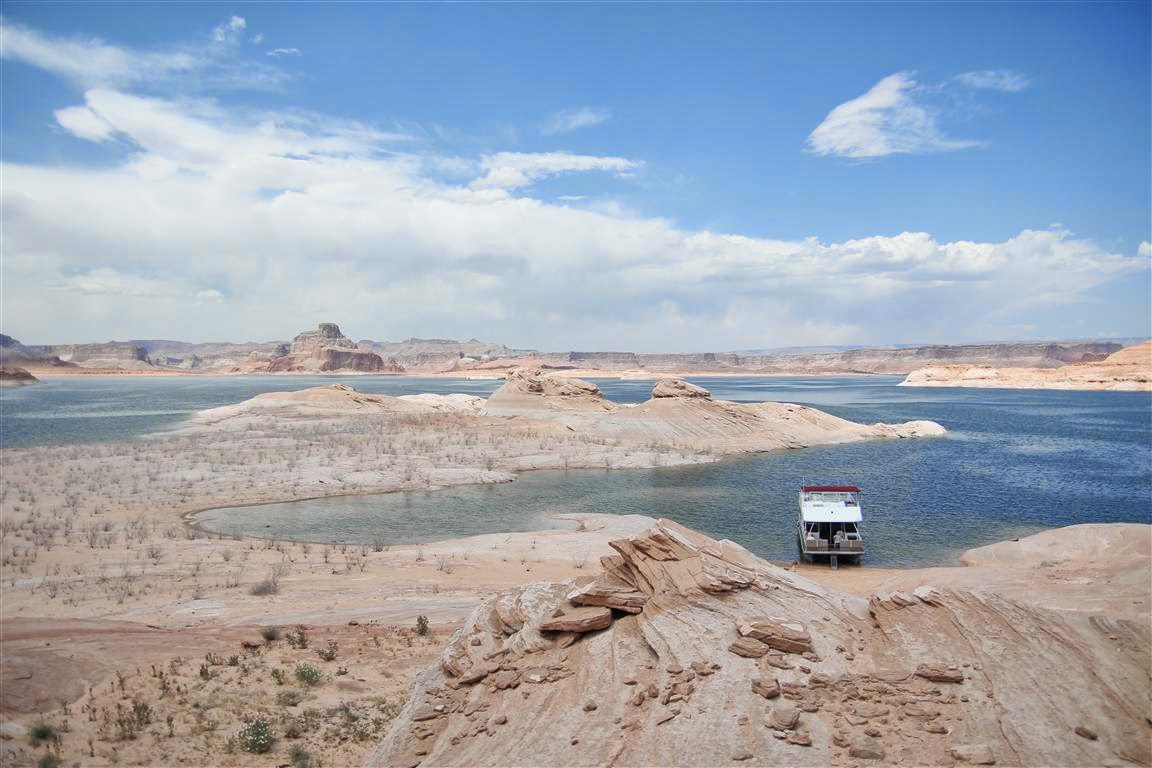 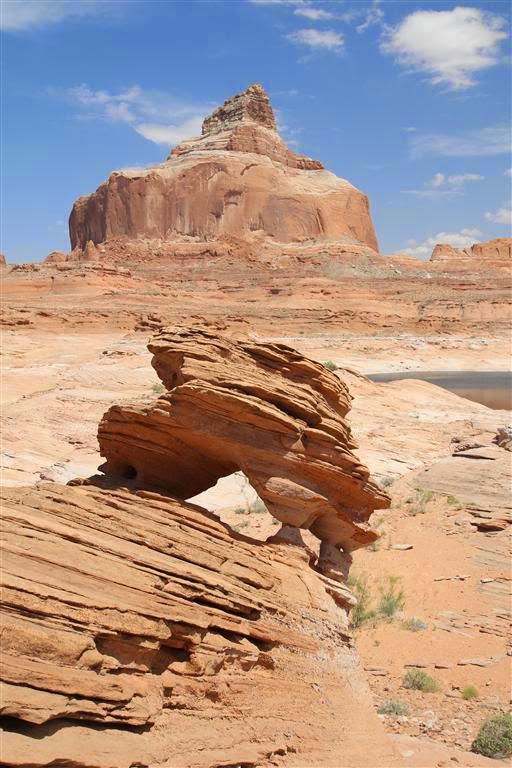 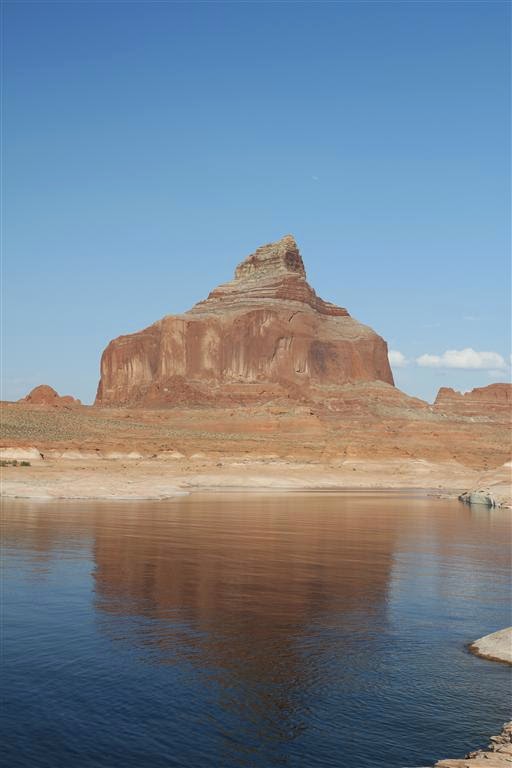 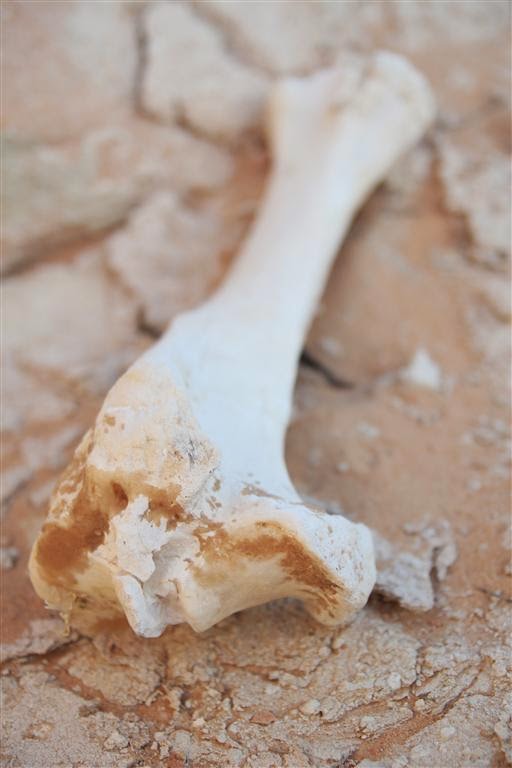 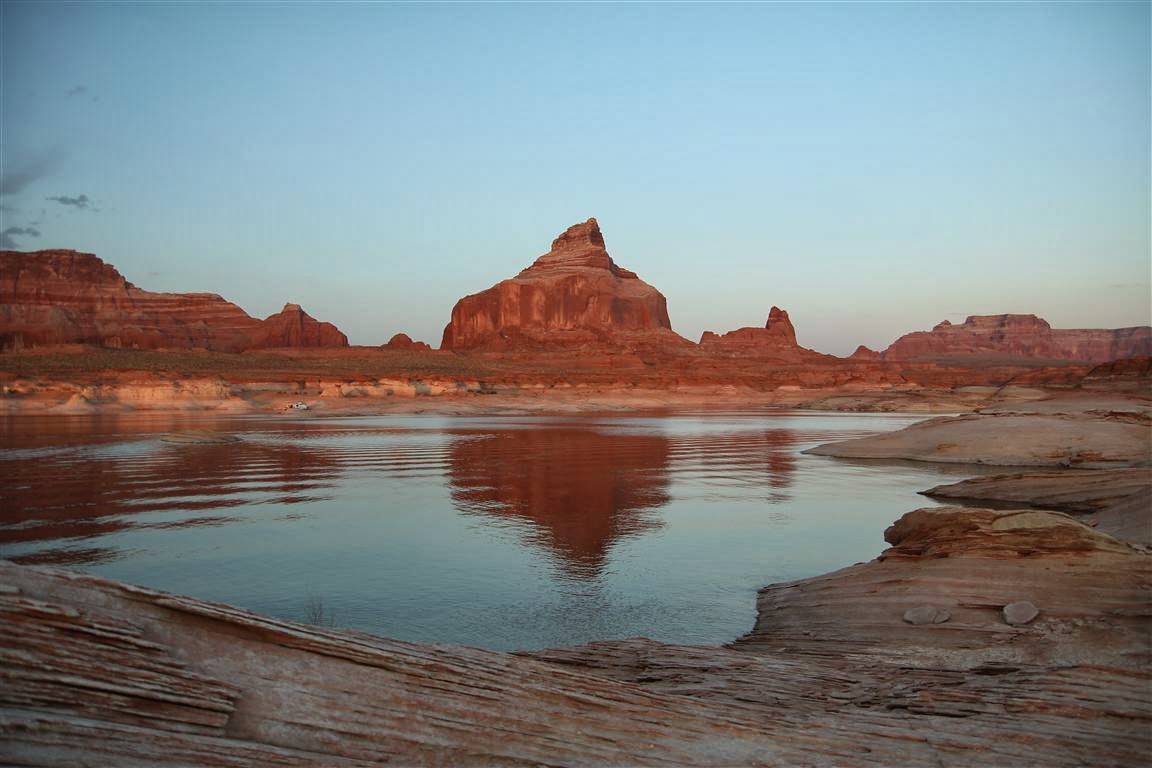 This location was absolutely fantastic. The girls immediately wanted to explore, so I grabbed my camera, tagged along, and got these nice shots as a result:

When we got back, Lorayne decided it was time to test out the slide on the back of the houseboat. With 3 photographers there, we obviously had our cameras ready:

When the sun started to set, Lester and I went to another area we identified as a great spot. As the sun faded and the orange glow took over, I was lucky to snag some of these nice shots:

Needless to say, it was a great trip with 2 great girls that threw caution to the wind for the sake of art. I couldn't ask for more than that!
Posted by sleepy weasel at 12:35 PM 1 comment: 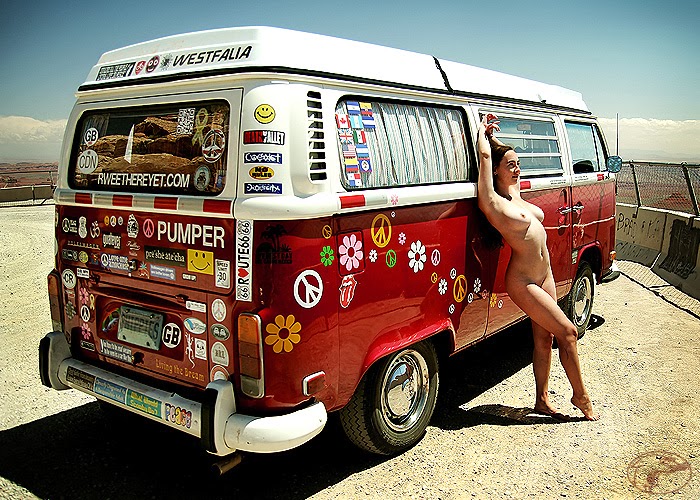 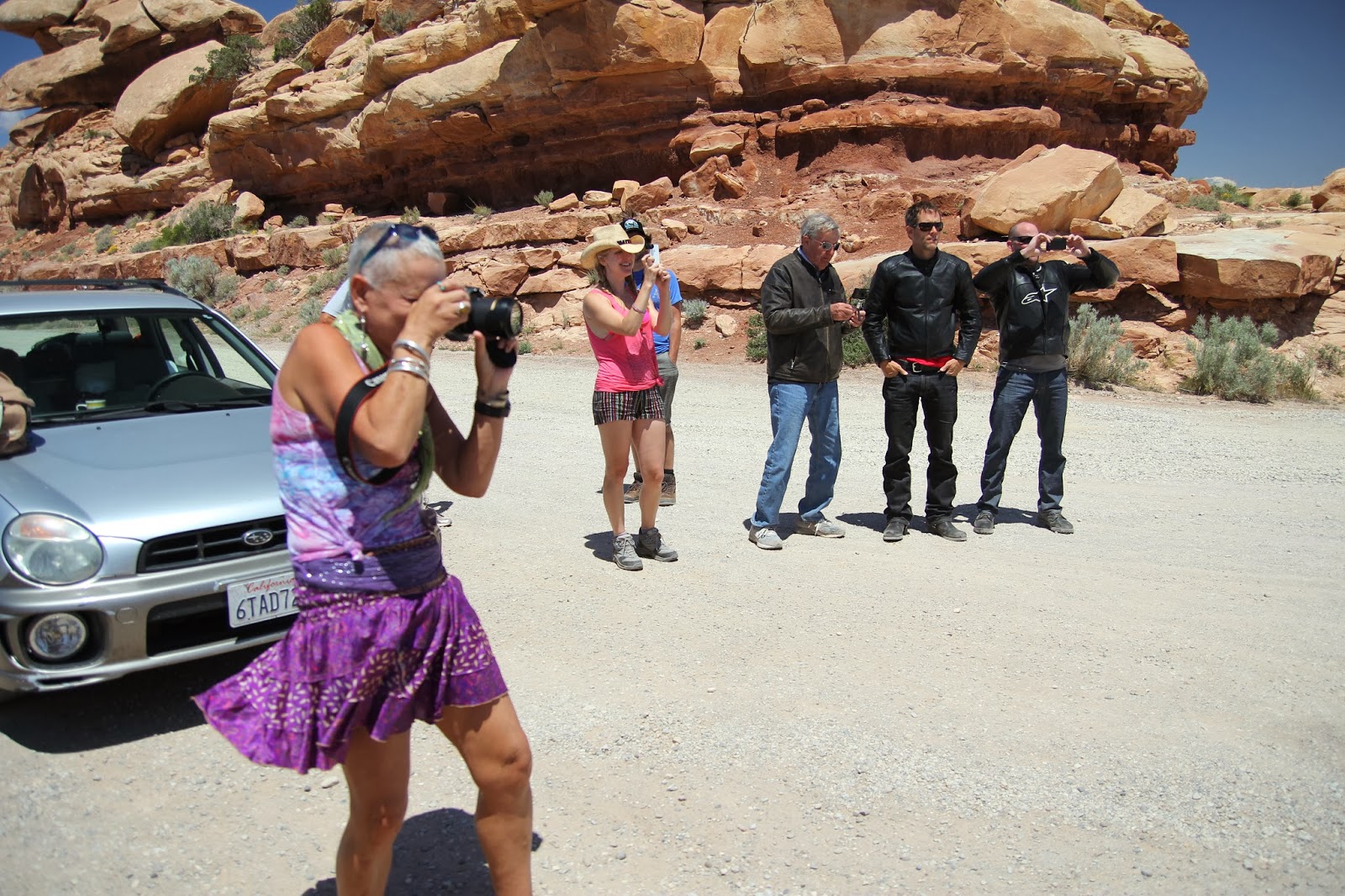 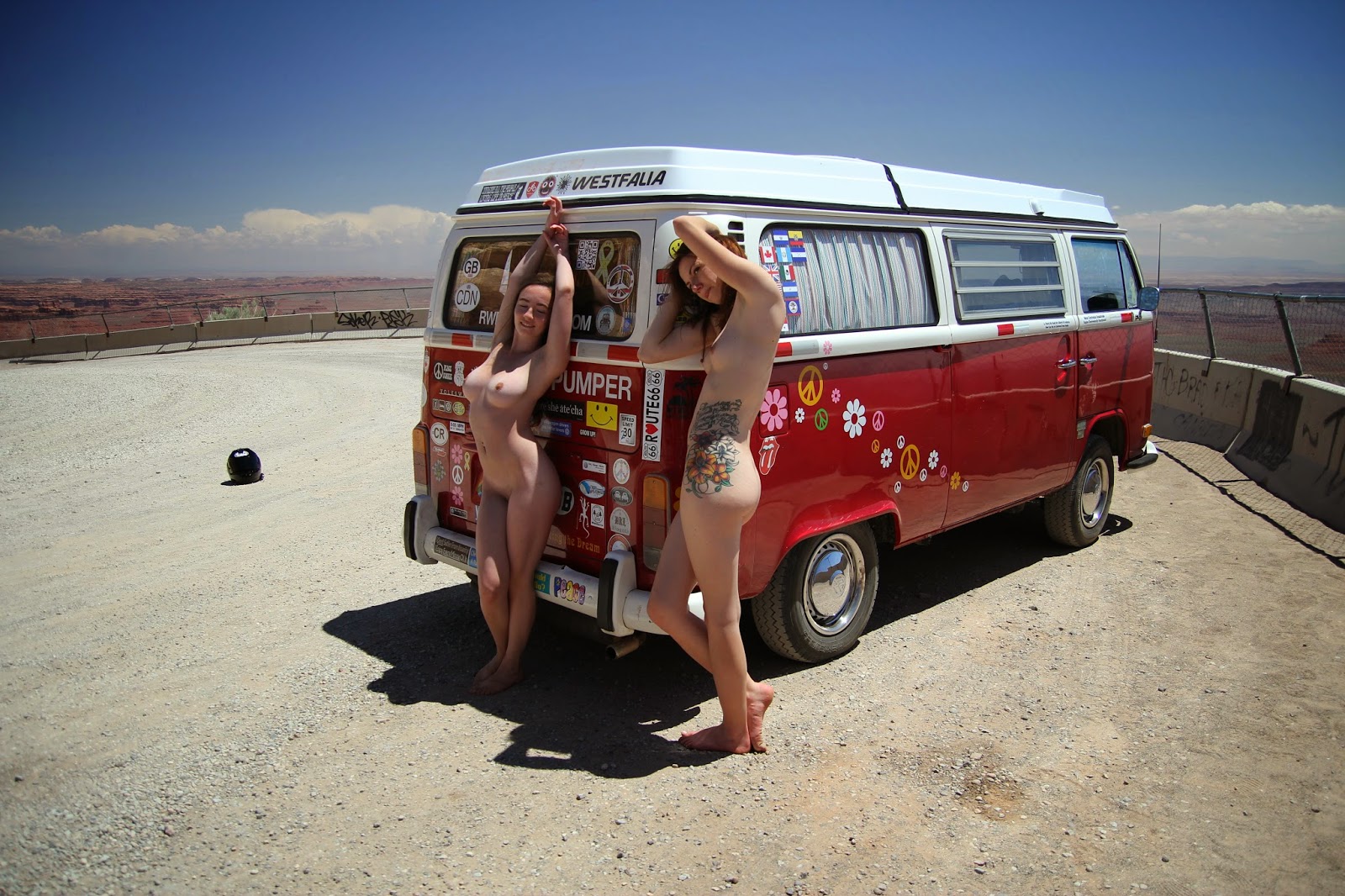 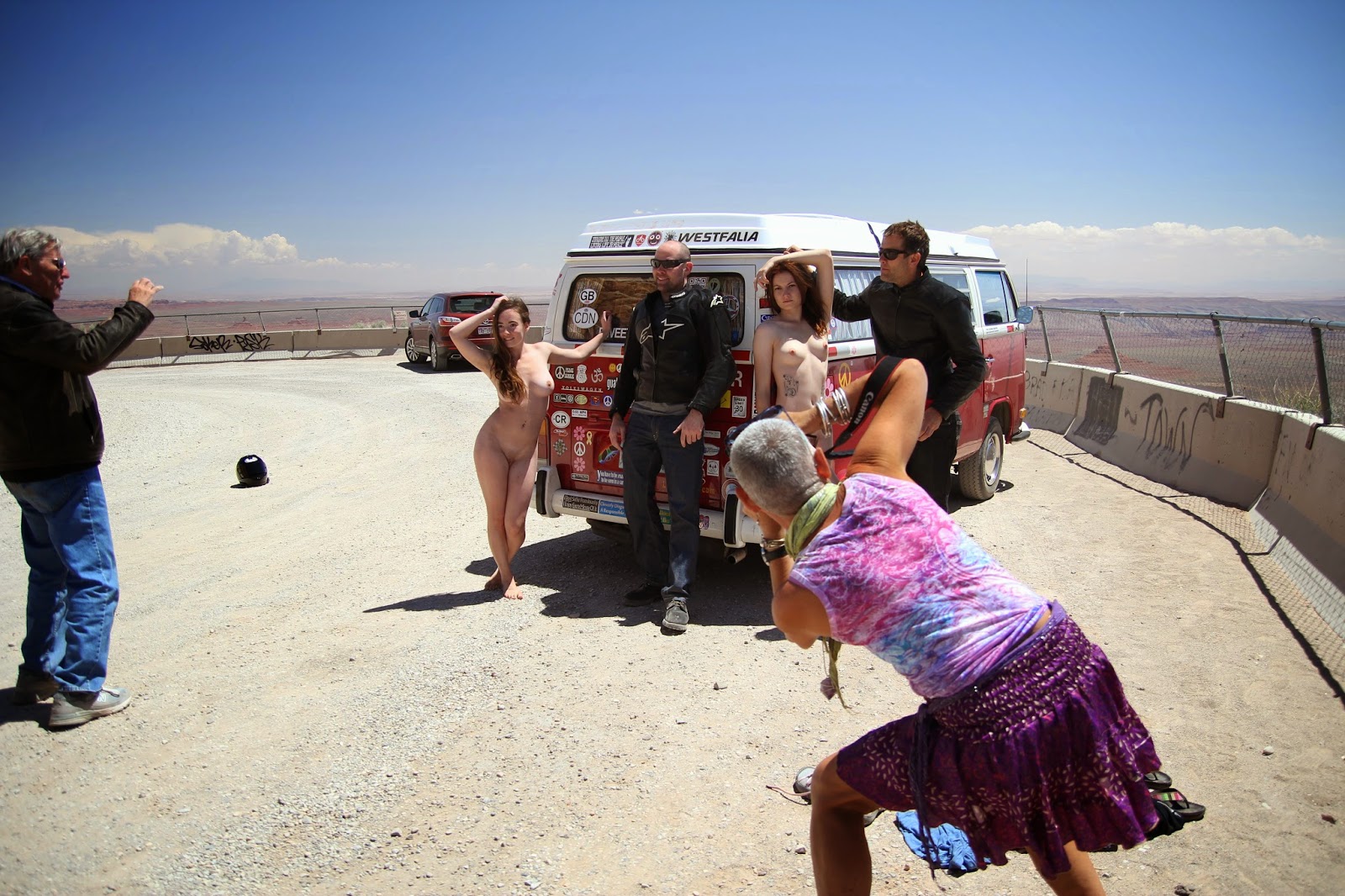 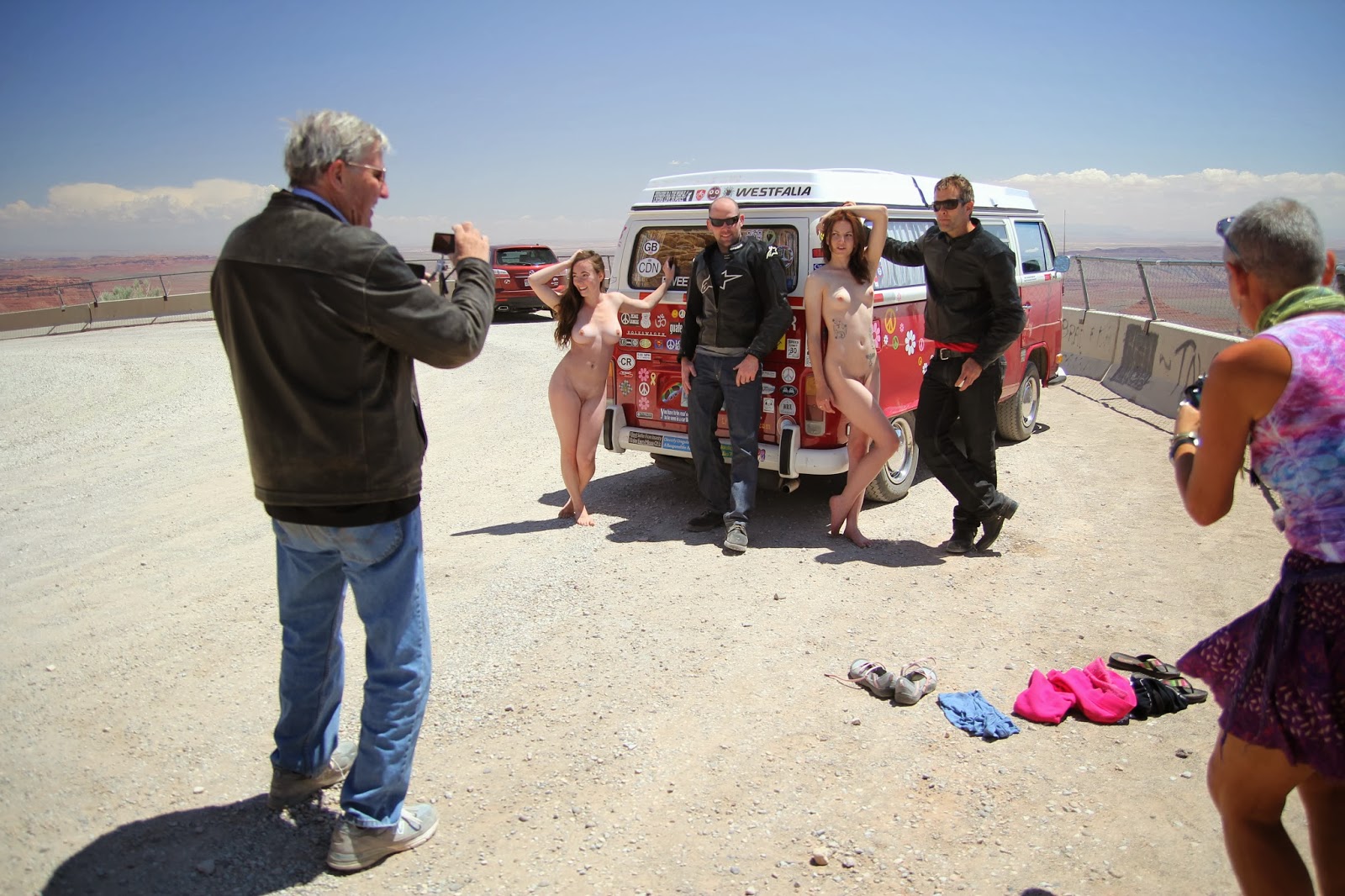 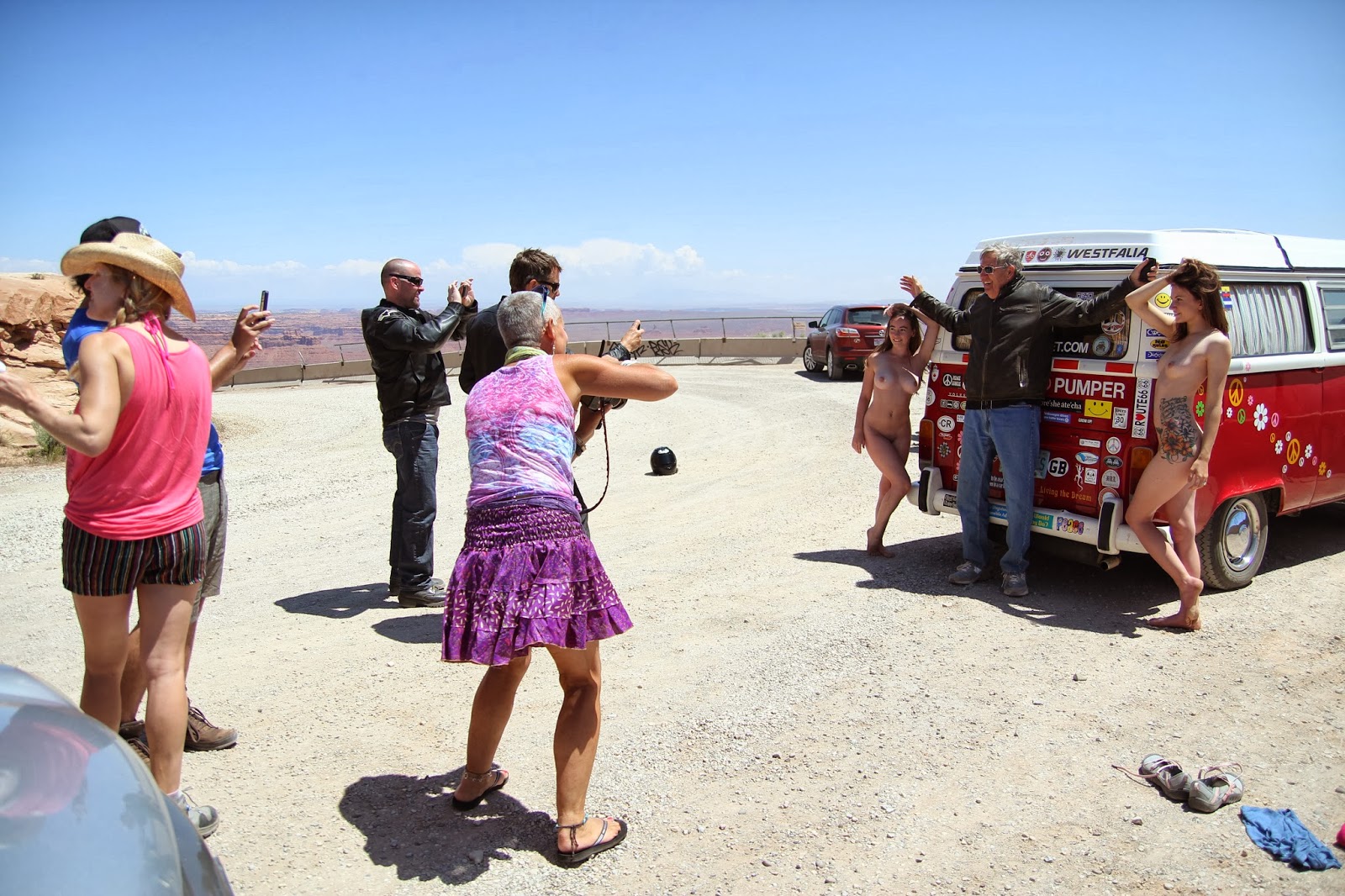 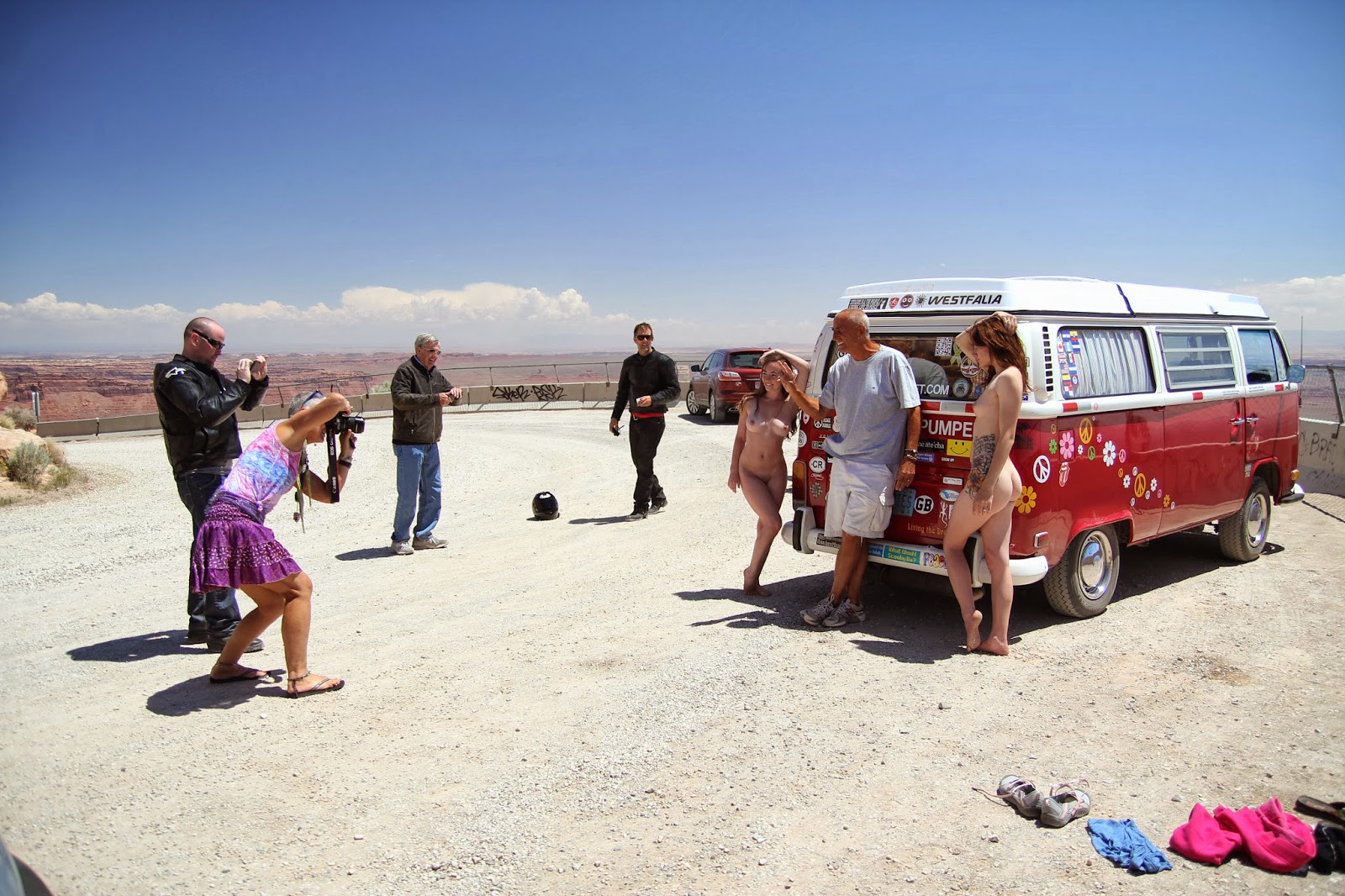 It turns out that Steve and Wendi are from Canada and traveling the U.S. southwest right now, with more adventures ahead with Pumper. As the excitement died down and the girls got dressed before the next batch of cars came by, we all exchanged information. Steve and Wendi have a great blog here where they describe the nude encounter in their May 14, 2012 post. Check them out!
Posted by sleepy weasel at 9:20 PM 3 comments: